The Best Breweries in Mississippi! 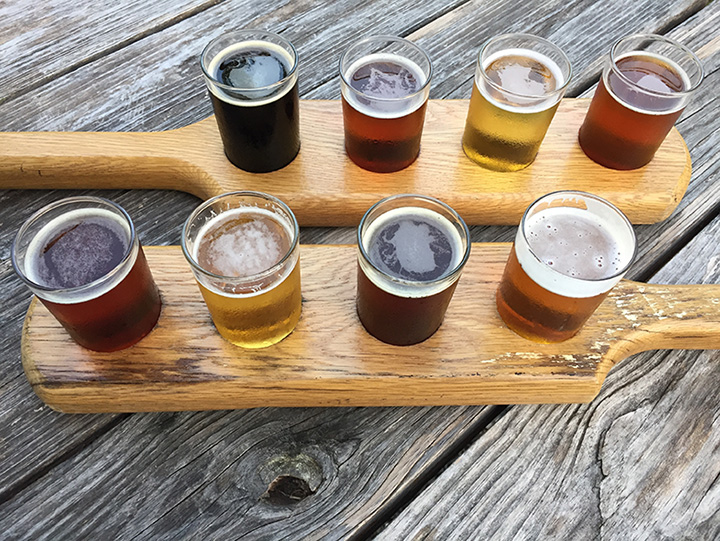 The craft beer scene is growing in popularity across the country. Here in Mississippi, we have a number of microbreweries all coming up with exciting innovations in the art of beer-making. Learn more about these breweries, then drop in for a tour to support your local favorite!

Named for an island off the coast of Mississippi, Chandeleur Brewing is quickly making a name for itself along the Gulf Coast. Enjoy tours Thursday-Sunday, complete with complimentary beer tastings. They specialize in blends with a beachy touch, like Curlew's Coconut Porter and Surf Side Pineapple Wheat Beer.

Natchez's first brewery is doing so well, they've already had to expand into a new building. In addition to year-round offerings such as the “Bluff City Blonde” and “Alt-ered State” (a German-style amber), they also offer seasonal brews including “Delta Shadow,” a Black IPA.

Lazy Magnolia is the oldest brewery in Mississippi. They've been serving the state since 2003, and their beer can now be found throughout the Southeastern U.S. Their most popular brews are Jefferson Stout, a Sweet Potato Cream Stout, and Southern Pecan, a toasty Brown Ale made with pecans. However, they have such a wide selection that you're guaranteed to find the perfect beer for you.

At Southern Prohibition Brewing, it's not enough to make great beer—which they do. The team at SoPro is constantly pushing themselves to come up with new ideas and improve on what they've already put out, such as the Devil's Harvest Breakfast IPA, formerly an American Pale Ale. And the can art on their offerings is nearly as impressive as what's inside!

Mayhew Junction Brewing Company was started in Starkville by a group of friends with a common love for good beer. All of them bring their own tastes to the craft, creating a perfect balance. The team believes that what makes a good brew is passion for the craft, and they are obviously doing something right, because their events draw a crowd!

102 Main Street, Water Valley, MS
Our Story:For years, the only production breweries were along the Mississippi Gulf Coast.Â  The founders of Yalobusha Brewing Company wanted to cha... Read More
Select a Mississippi town to find
the Best Things-To-Do and Places To Go around you