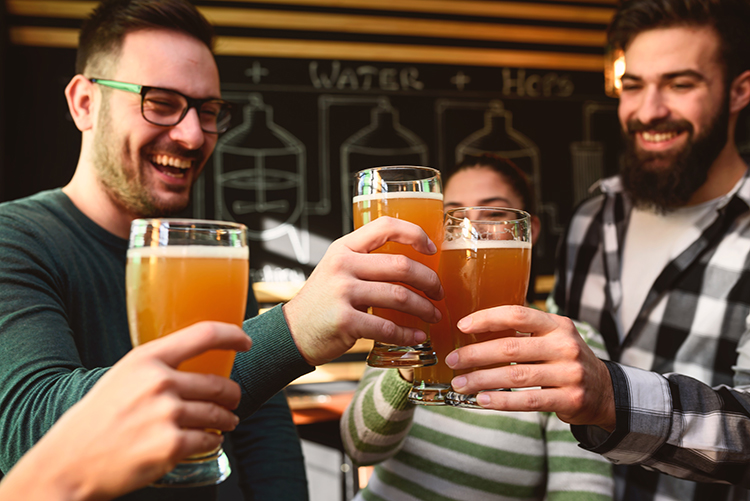 Ireland may be nearly 5,000 miles from Mississippi, but you’d never know it the way this state parties on St. Patrick’s Day! With tons of parades, festivals, and pubs dedicated to all things Irish, you’ll be feeling lucky when you stumble across these best places to celebrate St. Patrick’s Day in Mississippi.

Known as Mississippi’s “green Mardi Gras,” the Hal’s St. Patrick’s Day Parade is also a celebration of the rebirth of Jackson. It started with humble beginnings as a modest parade in downtown Jackson in 1983 and today includes a parade, street dance, run, pet parade, festival, and more.

Fenian’s Pub has the distinct honor of being one of the few genuine Irish pubs in Mississippi, so if you want to fully embrace the Irish experience, make sure to stop by! It’s named for the band of legendary warriors led by Finn McCool—according to myth, McCool was a giant of a man who possessed knowledge of all the world. You may not get all the knowledge of the world at Fenian’s, but you can certainly get classic Irish food like Scotch eggs, shepherd’s pie, and corned beef and cabbage.

In addition to a parade featuring the Grand Marshal and Colleen of the parade, there’s also an Irish Derby/5K run hosted by the Hibernia Marching Society and Gulf Coast Running Club. Whether you’re in the mood to listen to bagpipes or put on a few miles in the name of St. Patrick, there’s something in Biloxi for you.

Grillin’ on the Green, Biloxi, MS

Looking for some fun for the whole family? Look no further than Grillin’ on the Green, a BBQ cookoff in Biloxi’s Town Green featuring local vendors, live music, and a children’s play area. Plates start at $5 and can include everything from brisket to ribs to seafood.

Out in Ocean Springs? Check out the Annual St. Paddy’s Day Celebration, featuring all kinds of green specials from local shops and galleries. Plus, if you find yourself hankering for a meal, local restaurants and bars will turn the day into a “lucky” bash by serving something green or Irish-inspired with festive music and lucky charms.