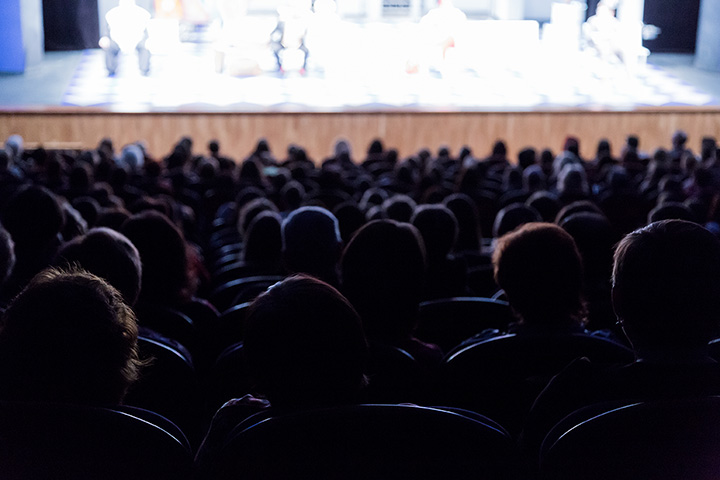 Live theater is an art form unlike any other. It brings the audience into the story with the actors, creating an intimate experience that brings a play to life. Mississippi has a rich cultural history, and these are the best places in the state to see live theater.

The Saenger Theater in Hattiesburg is one of seven theaters built by the Saenger brothers in the early 20th century, and is one of the few movie palaces that still remains in the state. This magnificent theater opened on Thanksgiving Day in 1929, and still boasts many of its original details, including the chandeliers and a rare original Robert Morton pipe organ.

The Temple Theater was built in 1928, and at the time featured the second-largest stage in the United States. It is the only theater in Mississippi besides the Hattiesburg Saenger to feature a Robert Morton pipe organ. Visiting this grand building is like taking a trip back in time to the glamorous days of the silent film era, and it will be an experience you'll never forget.

The O'Keefe family has a long history of being involved with the arts on the Mississippi Gulf Coast. The Mary C., as it's affectionately nicknamed, is located in a beautiful old public school in Ocean Springs that was built in 1927. There are 11 rooms filled with art, including the auditorium. Live shows are put on throughout the year.

The Parkside Playhouse in Vicksburg is one of the newer entries on our list, but its occupants are anything but new to the theater scene. The Vicksburg Theatre Guild has been staging live theatre for over 80 years, and are renowned for their creative and colorful performances.

The Riley Center, which is owned by Mississippi State University, is also known as the Grand Opera House. It, along with many of the other historical theaters in the state, is on the National Register of Historic Places. It was built in 1889, and was renovated in 2006 to restore much of its original beauty. This is one of the most magnificent buildings in the state and is worth a trip to Meridian.

Thalia Mara Hall was originally named the Jackson Municipal Auditorium when it was built in 1968, but it was renamed to honor Miss Thalia Mara, a world-famous ballerina who brought the International Ballet Competition to Jackson in 1979. Today, the theater is a venue for ballets, plays, and other special events.

Pearl River Community College built the Ethel Holden Brownstone Center for the Arts in 2011, seeking to build a state-of-the-art home for their fine arts program. The center has been a great success for the campus, and they have recently expanded their number of offerings during the arts season.

The Roxy Theatre was built as a movie theatre, as were many of the other entries on this list. It operated as such from 1934 until 1978. Since 1994, it has been the home to the Newton Theatre Company and is used as the venue for their productions, which include children's productions and dinner theatre. In 2013, a courtyard and new dressing rooms were added.

Natchez Little Theatre has been entertaining since 1932 and is the most active volunteer community theater troupe in the United States. Performances range from the dramatic to children's theater. They stage 13 productions a year, with 115 performances, so you have plenty of chances to join the audience.

The Biloxi Saenger opened just a few short months after the Hattiesburg Saenger, and rivalled the first. It had more seats—1,500 as opposed to just under 1,000—and has been in constant operation since being built, even after going through a fire, Hurricane Camille, Hurricane Katrina, and an untold number of smaller hurricanes and tropical storms.

103 Black Street, Brandon, MS
Mission: Mission is to add value for families by promoting live theatre in the local community and you are invited to join us.About Us: The Black... Read More

5301 Old Canton Road, Jackson, MS
Do you want to see your child's artistic vein explored not only by a school, but by an artistic company at the same time? Our shows are entirely ma... Read More

1100 Carlisle Street, Jackson, MS
About Us :Â  New Stage Theatre was chartered as a nonprofit organization in 1965 and produced its initial season in the winter and spring of 1966. ... Read More

1461 Vance Road, Grenada, MS
GSPA is dedicated to provide excellence in dance in a positive and professional atmosphere. Whether you want your child to learn for enjoyment or w... Read More

4334 Mississippi 39 North, Meridian, MS
The Meridian Little Theatre, one of the South’s oldest subscription-based community theatres, was founded in 1932, when its first production ... Read More

108 East Main Street, Starkville, MS
About Us: Here at the Playhouse, all throughout the year one can play a role in Starkville Community Theatre's many activities, productions, partie... Read More

408 North 5th Avenue, Laurel, MS
About Us: Our Laurel Little Theatre was organized back in August 1961 when a group of local theatre lovers got together at the old Pinehurst Coffee... Read More

507 Market Street, Port Gibson, MS
About Us Mississippi Cultural Crossroads is the local arts agency for Port Gibson and Claiborne County, Mississippi. We base our artistic program... Read More

201 Forrest Street, Hattiesburg, MS
History : As a crown jewel of Hattiesburg and part of the Saenger Amusement Company, the 1000-seat movie palace was one of 7 Saenger Theatres buil... Read More

212 South Main Street, Sardis, MS
About us: The Panola Playhouse, founded in 1962, is one of the longest continually-running live theatres in the state of Mississippi. This unique,... Read More

6061 McComb Holmesville Road, McComb, MS
Mississippi Playhouses was founded back in 2005. We built our first playhouse for our own grandchildren. After seeing how much fun and enjoyment th... Read More
Show More
Select a Mississippi town to find
the Best Things-To-Do and Places To Go around you